As in other cities in Europe and across the globe, it’s against the law to engage in the cannabis black market: whether as a seller or buyer. Following are some tips to help you avoid the black market in Barcelona and enjoy your weed legally with peace-of-mind.

Looking to become a member in a cannabis club? 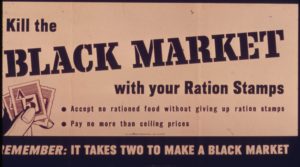 Tips to keep in mind

Never ask random people on the street if they know of a cannabis club in the area. Asking random people is asking for trouble. They may size you up as an easy mark and could either rob you on the spot – or even guide you to an illegal, illicit and even dangerous operation. Simply put, never speak to people on the street about cannabis or any drug.

Do your due diligence when deciding the cannabis club you want to visit and join. Most legitimate cannabis clubs in Barcelona require a recommendation or referral to help ensure that tourists and residents alike are going to legitimate clubs that are legal, safe and secure. You can research legal cannabis clubs via this website and/or Google maps.

Stay cautious and be aware of traps. If you get lost on the street on your way to a cannabis club, do not ask for – or accept help from strangers who claim to work for clubs. It very well could be a trap. A common ploy is to promise free weed with the cost of the membership, and some will even tell you that their membership is valid for multiple clubs. Again, the best rule of thumb is to not discuss cannabis or even clubs with anyone on the streets. If you are lost and unable to locate the club even with the aid of Google maps or GPS, call the club and get directions from them.

Stay tuned to this website for more updates, information and news on all things cannabis-related in Barcelona!

This website uses cookies to improve your experience while you navigate through the website. Out of these, the cookies that are categorized as necessary are stored on your browser as they are essential for the working of basic functionalities of the website. We also use third-party cookies that help us analyze and understand how you use this website. These cookies will be stored in your browser only with your consent. You also have the option to opt-out of these cookies. But opting out of some of these cookies may affect your browsing experience.
Enregistrer & appliquer
Propulsé par